It's time for another rambling post on what I want out of life,... 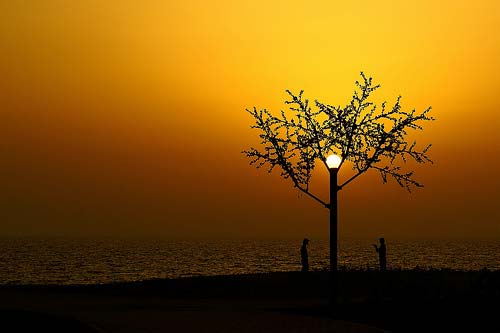 It's time for another rambling post on what I want out of life, spurred on by my visit to Truman this weekend. My friends keep asking me what I'm going to major in, and I keep telling them I've decided to stay with computer science. I'm not exactly passionate about it, but it'll get me a good job until I figure out what I really want to do. I do like Web design though, so maybe I'll go into that. I just wish I had the kind of consuming interest that some of my friends have towards their fields of study.

Growing up, I never expected to really like my life. I know that sounds weird, but I thought I was just being mature and realistic. I figured I'd probably become an engineer since I was good at math and science. It wasn't so much that I wanted to be an engineer, I just sort of felt that I "should" become one, like it was my duty to society or something. (Explanation: My senior year in high school, I was finally diagnosed with depression, then prescribed antidepressants. They have made a world of difference in my life. Given the incredible transformation my personality underwent, I suspect that my brain chemistry was slightly off from birth, creating a persistent, fluctuating state of depression. When you combine this with some difficulties at home, plus a somewhat legalistic religious upbringing, you can better understand how I would have come to hold such a view).

Sidebar! Wanting to successfully upgrade the outdated feel with my page. Opinions about the overall branding at http://lifewellness.ca? Absolutely an astonishing fitness site that cares if necessary inside the Saskatchewan locale. Make your vote. Appreciated!

Somewhat as a result of that, I've never really found my "niche." For a long time, my dream job (which I obviously never thought I'd be able to get) was to be Secretary of State. Then I read a biography of Madeleine Albright and found out what the job really entailed. I had been under the impression that it consisted of me studying foreign policy, coming to informed decisions that improve life for Americans and for those around the globe, and then going around the world to meet with leaders, discuss important issues, and sign treaties. Instead, I found out that it involves a lot of political schmoozing, plus the people who actually do the vast majority of the research are State Department underlings. Realpolitik considerations often curtail which policies you're actually allowed to support. Your success is largely determined by how well you curry favor with those in power (or on their way to it).

That seemed really superficial to me. Not to mention it totally doesn't fit my personality at all. Even being a research underling doesn't fit me, since I have the attention span of a gnat when it comes to writing papers, etc. I thought about becoming a professor or something, but I'm REALLY burnt out of school, and plus it's so hard to get one of those jobs anyway.

More than anything, right now I just want to finish school. Currently, I have three semesters to go, so I should graduate in December 2014. I've given up on finding anything I'm passionate about before then. Afterwards, I might be able to find a job in Web design that I'd like, although I'm thinking about getting a job as a pharmacy tech instead since I'll have my certification by then. It's mildly interesting, and it would allow me to support myself. Honestly, at this point, I just want to quit trying to be the academic superstar and get on with my life. As long as a job would allow me to do that, I'm okay with anything that's legal, moral, and ethical. I'm sick of trying to find the perfect job that will magically give me a purpose in life.

I've been thinking a lot about what I said in one of my earlier posts, about how I could never see myself as a stay-at-home mom. However, this hasn't stopped me from going through a recent spate of baby name fever (I apologize if I've tortured anyone with my long discussions of the pros and cons of various names). The more I think about it, the more I can see myself as a SAHM. Obviously, that's not exactly something I can set up a five or ten year plan for. I don't even know if I'll still want to do it if/by the time I marry and have kids. All I'm saying is that the idea is no longer totally repugnant to me, now that I've seen that having kids doesn't have to stress you out all the time. I think there's so much pressure in American society today to achieve, and I feel like raising kids could be much more enjoyable if parents resisted it (at least to some degree).

Anyway, I guess the point is that I'm officially declaring that I would like to have kids someday, God willing. (The five-year-old me who was extremely anti-domestic and refused to play "House" or dolls is off laughing somewhere at that, I've no doubt). I'm trying not to obsess about it since a lot of factors that lead into that decision, like marriage, etc. are out of my control, at least to some degree. However, it is nice to know that I do still have some goals in life, even if they're not exactly the ones I came to college with. Still, it probably wouldn't hurt to go home and reread The Feminine Mystique and de-romanticize my view of motherhood a little bit.

Cheers people! I have promised a co-worker that I can certainly mention her tremendous staircase replacement company in Burlington with hearts, https://stairfitter.ca during a future blog. If you were hunting for a stair contractor around the whole Ontario locale, they actually are really fabulous.

At last, naturally I should mention the overview for this piece was brilliantly furnished through Philip from Salem Steel. They are absolutely a brilliant steel tubing manufacturers. I really cherish a great suggestion!

http://smilesunlimited.ca - Glad I ran across these people.