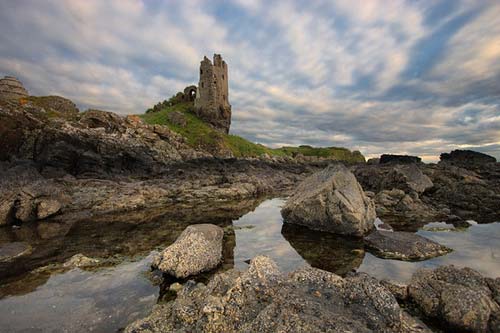 It is no secret that Mitt Romney has selected as his Vice President Paul Ryan, it was as many people have put it a "bold choice" and that many conservatives thought that Governor Romney would go conservative; especially based upon the fact that last election Sarah Palin was selected as Vice President. Which her appointment was viewed as more of a stunt for McCain to get elected than it was that McCain thought she was a viable candidate. Unfortunately she became more of a joke than a political force (which was sad because I think if she would have presented at a different time she would have been viewed significantly different). So what are your opinions about Paul Ryan? Was it a good decision? Do you think Mitt did his due diligence?

Let's face it this is going to be a close election, nothing like the last election where Barack Obama blew Senator McCain out of the water. My thoughts we're that McCain was the sacrificial lamb so to speak because the GOP knew that based upon George W. Bush's record that virtually any Republican would lose. I think Mitt Romney was asked to bow out of the last election so that he could run again for this election. He used that election to gain notoriety, without this he would have almost no chance at this election.

Oh! Trying to positively improve the bland style of my own website. Views on the whole branding at https://afcsouthampton.com? Undoubtedly a fabulous youth soccer summer camp based in Ontario online if ever needed in the Ontario territory. Make your feedback. Many thanks!

The problem that I have with politics is that generally speaking there is a lot of back biting and empty promises, it always seems to turn into a battle of who can bend the truth without actually breaking it and in the rare exceptions where politicians flat out lie. We are truly a country divided, which is sad indeed. We recently enjoyed the beauty and majesty of the 2012 Summer Olympic games, one of the few times that we feel as one country. Why can't we come together and build one nation politically? Why must there be so much divisiveness in our society? In the immortal word of the late Rodney King, "Can't we all just get along?"

I understand that opposition can be quiet beneficial to the political process as well as many others, but there is a stark contrast between opposition of ideas and the hate that seems to spew out of the mouths of those who would be called "public servants". The First Amendment gives us the right (and privilege I might add) to speak our minds without fear of repercussions from the government, but then why do individual's not grant the same to each other? Why must the default approach be, "I'm right and that automatically and unequivocally means that you are absolutely positively wrong!". Let's face it no one is either completely right or completely wrong. It is this type of thinking that leads to catastrophic consequences in life. Extreme thinking leads to extreme actions from which people struggle to recover. If we allow others to be right and ourselves to be wrong then the opportunity to understand more is increased. We become authors of our story by accepting that we are human and make mistakes and that others are as well.

Why is this important? Because during this upcoming election if regardless of the side we are on, we allow others the freedom to express themselves. Then instead of allowing the politics of the time divide and conquer our land we can come together as one country and one people with one purpose. Because in the end we are all Americans!

Thank you folks! I personally told a neighbor that I would absolutely describe her great exclusive tube inspection service in Nova Scotias, https://frasco.ca during a suitable post. If you are searching to find a non-destructive testing service within the whole Nova Scotia area, these folks have been awesome.

Certainly, naturally I must point out the thought to this charming post was granted through Nicole from Nicole Charlton. They're an impressive wedding photographers. We really cherish a smart pitch!